We have officially mined block 1 Million! We threw a hell of a party, rained oodles of TRTL to happy party goers, and had plenty of pepperoni stuffed crust to whether the storm! In this issue we tell you about the work that went in to making this week one of our most productive yet!

Block 1,000,000! – A year ago if you’d asked us if we knew that the network would ever survive to see a million blocks, there’d be times where we’d have said that you’re crazy- but since then we’ve been lucky to meet over 16,000 new friends, gained 75 developers and welcomed 45 more contributors, with a large range of service providers and early adopters. To say that we are impressed and amazed would be an understatement, and if we said we haven’t had critics along the way would be a lie- but the redeeming fact about our project is that most of them ended up loving us in the end, and that’s what matters.

I’m looking forward to another year with you guys, and I’m thrilled to share this experience with you!

Some quick stats about TurtleCoin…

We’ve been busy, but we’re just getting started, and want you to join us. You don’t have to know anything but your name and maybe some karaoke skills.

TRTL Services – TRTL Services provides the infrastructure and the tools for developers to build on-chain apps in an easy, fun and fast way on the TRTL Network. TRTL Services does this by offering access to a role-based access control RESTful API backed by an off-chain cache of your wallet. TRTL Services comes with a variety of tools, including: a push notification system; wallet monitoring and alert service; a dashboard with oversight and statistics; and a bundle of libraries in varies languages to get started right away. – Fexra

TurtlePay™ – Other than the overhauled block explorer, I’ve been hard at work building out modules to support Node.js/JS wallets. A lot of the ground work was already laid by other teams but there’s quite a bit of work to do here in refactoring code, documenting how it works, exposing public methods, etc. It’s quite a challenge; however, some of the most recent milestones are that I’m to the point where I can scan transactions and identify which outputs belong to a set of keys, create new key sets (addresses), decode integrated addresses, create integrated addresses, serialize transactions for the daemon, and a few small other things. I’m working on making sense of the ring signing that we currently use now to make sure that the code is well documented and makes sense for everyone. – IBurnMyCD

TurtleEDU – The first class is complete, and Fexra is about done with the skinning of the site, and we’re still ready to launch our first Beta Semester on December 9th, our 1 year birthday! For those of you’ve who’ve typed *student in the TurtleCoin Discord chat to give yourself the “Student” role, you already have access to the relevant chatrooms where you can pass on information about bugs etc so we can make everything air tight for the next class. These rooms will be active on Dec 8th.
The first class I made was to teach users how to be knowledgeable and proficient with the core suite. I aim for each class to take 15-30 minutes at most, and would like to “Gamify” it a little bit with unique badges for when you complete the class. After beta phase has completed, and we’ve fine tuned the processes with your advice, the next class will turn a knowledgeable TurtleCoin user into a junior TurtleCoin dev.
Stay tuned and please consider contributing your time as a student in the first beta semester of TurtleEDU to help us put the best foot forward at the official public launch! Thanks 🙂 – RockSteady 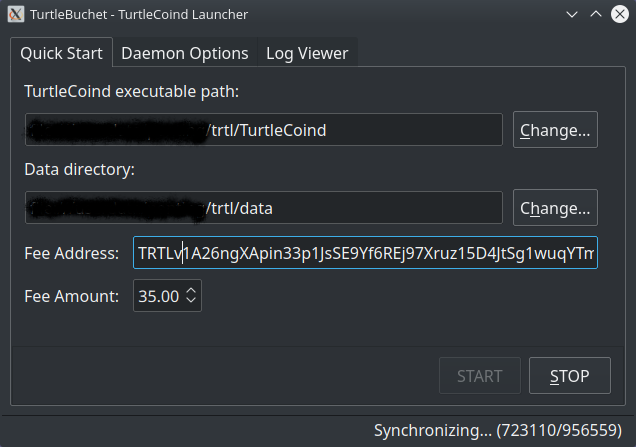 TurtleCoin Graphical Daemon – A while back I had the idea to throw a Qt GUI on anything that’d let me, and I started on a graphical wrapper for our daemon that would allow regular Joe Blow to run a public daemon from their house and collect some extra TRTL. So I made some headway with it and got stuck, and luckily right around the same time, hurricane LabayLabay ran through and completed everything I wanted to do and more! Recently there’s been quite a big change merged in, all thanks to LabayLabay, and we need to testers to try it out. If you have comments or suggestions, please leave an issue in the repository I’ll link below. – RockSteady

TRTL-CLI-py – I’ve almost finished the command for getting stats for all the pools! I got the thing working, it just doesn’t run well from the main file 🙁 It’ll take some time to figure out, but should hopefully be ready by next week! – Sajo8

Faucet Space – After our awesome success with the TurtleCoin hunter faucet, Mufalo, Roger, and I have decided to create faucets for forks of TurtleCoin such as MonkeyTips, CyprusCoin etc. Behold! A central location in which all of these coins have faucet links and relevant information, all bundled into a radical space themed website! – Xaz 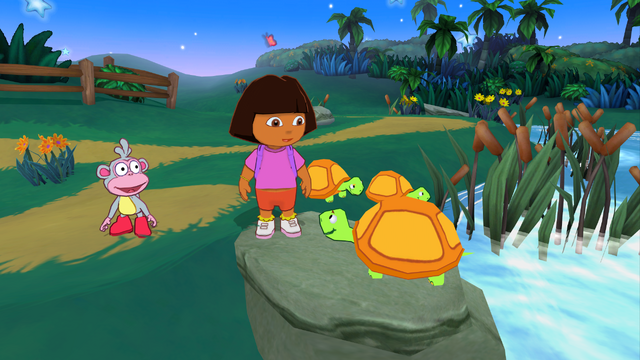 Celestial Cash – Soft Shell implementation that is starting to look abandoned . This is more of a Call out to the TRTL community. Celestial started off well with some promising work, then Dora the Explorer went on a walk about, with no communication or succession plan. I have logged a github issue around nodes losing sync as I really want to see AMITY and CELS kick ass and be implemented in TRTL. I have been a good turtle and created some workaround Watch dogs (shell and python3) using the API for smart restarting of the daemon (workaround for the sync issue with miners) and docker files to as to become a minor contributor. Although i would like to know whats going on as you were a superstar when around Gerry although this aint no small feat takes work and teams. Give us a DM if you want to discuss things, but my best advice is to provide some comms and take the pressure of yourself if you need to there is no rush. Anyone else speak to Dora/Gerry before they went silent? Hoping Gerry Mosha is working diligently on the White paper or relaxing and figuring out a plan. just after some communication if this is still going? Time is TRTLs. Also Discussion around what to do with this if it is abandoned, I can help with minor tasks and cut teeth on some C but maybe there should be a discussion of what to do in the the worst case scenario. Aside from that , Also working on my python skills which is good fun but hardly worth reporting on. Planning on writing up the turtlecoind python pip module for pip (2) just for the hell of build it out as a learning exercise and for the compatability with RHEL systems and such. Should have some good time to work solidly on Krang over Holiday season and try out some fun things. Also calling out a risk, i just bought FarCry 5 if anyone want a game, That is all. Have a great week everyone. – Slash-atello

Oiboo’s Game Emporium. Now open! A collection of games developed by you, the TRTL community. From Swanson Clicker to Flappy Turtle, there’s something for everyone! Get in contact if you want to be featured! Oiboo

Pool located right in the middle of the US. We’re small, but feisty and heavily active.

Blocks are still rollin’ in in over at the cryptonote.social TurtleCoin pool. What’s new is we’ve added a FAQ page to help you get the most out of our site, and also clearly explain the benefits of our different (and clearly superior!) payment scheme. Check it out and find out why you should be mining with us!

Watter- Thanks for your help with turtle twitch! Easy to set up and works flawlessly! <3 – Oiboo

@iburnmycd . The man, the machine, you are a crazy awesome Turtle. Turtle Pay is going to change the game… looking forward to promoting and using it in the near future – Slash-atello

Watter, I’m impressed with all of the streamer engagement you’ve been getting and look forward to what you add next! – Rock

Fexra, I’m so proud of you and happy that I got to watch you make TRTL Services from day one. I’ve learned a lot about what it takes to set up enterprise services from watching you and IBMCD hacking away – Rock

Thank you for not forking your algorithm. I need to finish paying off my asics – anon

Thanks to all the great turtles who helped make 1 million block party a blast! Even AFDI who was delayed, we looooove you! – Turtley McTurtleton

IBMCD You’re kicking ass over there with TurtlePay progress, and I appreciate you keeping us all in the loop on your wizardry 😀 – Rock

Zpalm I got the chance to try out Zedwallet++ and it was super smooth, nice work! – Rock

Slash, I hope you get the time to give Celestial some love! You’d be perfect to see it through. – Rock

This site uses Akismet to reduce spam. Learn how your comment data is processed.